TCL P638K - The Must-Have Smart TV for Your Home Entertainment

I think it's fair to say that the TCL P638K 4K TV is one of the best smart TVs on the market right now. It's hard to believe that it has only been around for a few months, but this model has already proven itself as one of the most capable devices in its class. The fact that it comes from the well-known company TCL is also an advantage: only TCL can promise this level of quality and service at such a nice price. If you're ready to take advantage of everything this powerful smart TV has to offer, then read on below:

It's an Android TV!

One of the selling points of the TCL P638K is Android TV. This platform is available on a variety of devices, including smart TVs, set-top boxes, and streaming sticks like the Chromecast. It replaces not only Android TV but also the Nest app that was previously found on TCL TVs.

With Android TV, you can use your voice to search for content across apps, in addition to launching them directly from your home screen using its new user interface. This design puts all of your streaming apps together in one place so you can see what's available from each service at a glance and launch them with ease. 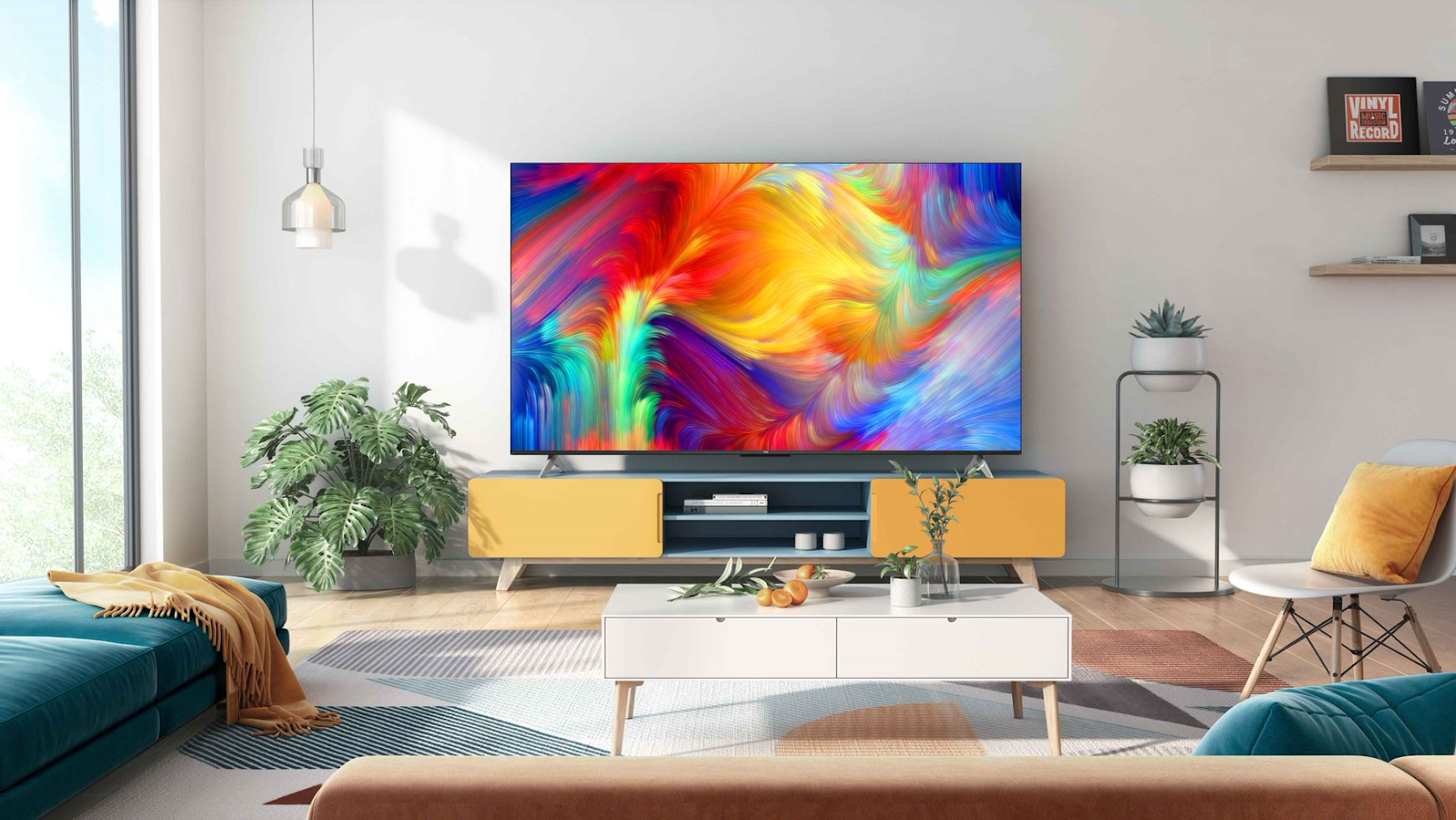 And what are other important features you should consider that the P638K has?

HDR stands for “High Dynamic Range,” which improves picture quality by increasing the contrast between the darkest and brightest parts of an image, so you can see more detail than ever before in highlights or shadows—even if they're both very dark blacks and very bright whites!

The TCL P638K has a futuristic look with its edgeless design and clean lines. The TV has no visible speakers, making it appear as if the image is floating in mid-air. The panel itself is flat and fits flush against the wall, so there’s no bezel to distract from your viewing experience. With a minimalist design that’s easy on the eyes and a futuristic appearance, this TV can make any room look sophisticated without requiring too much effort. 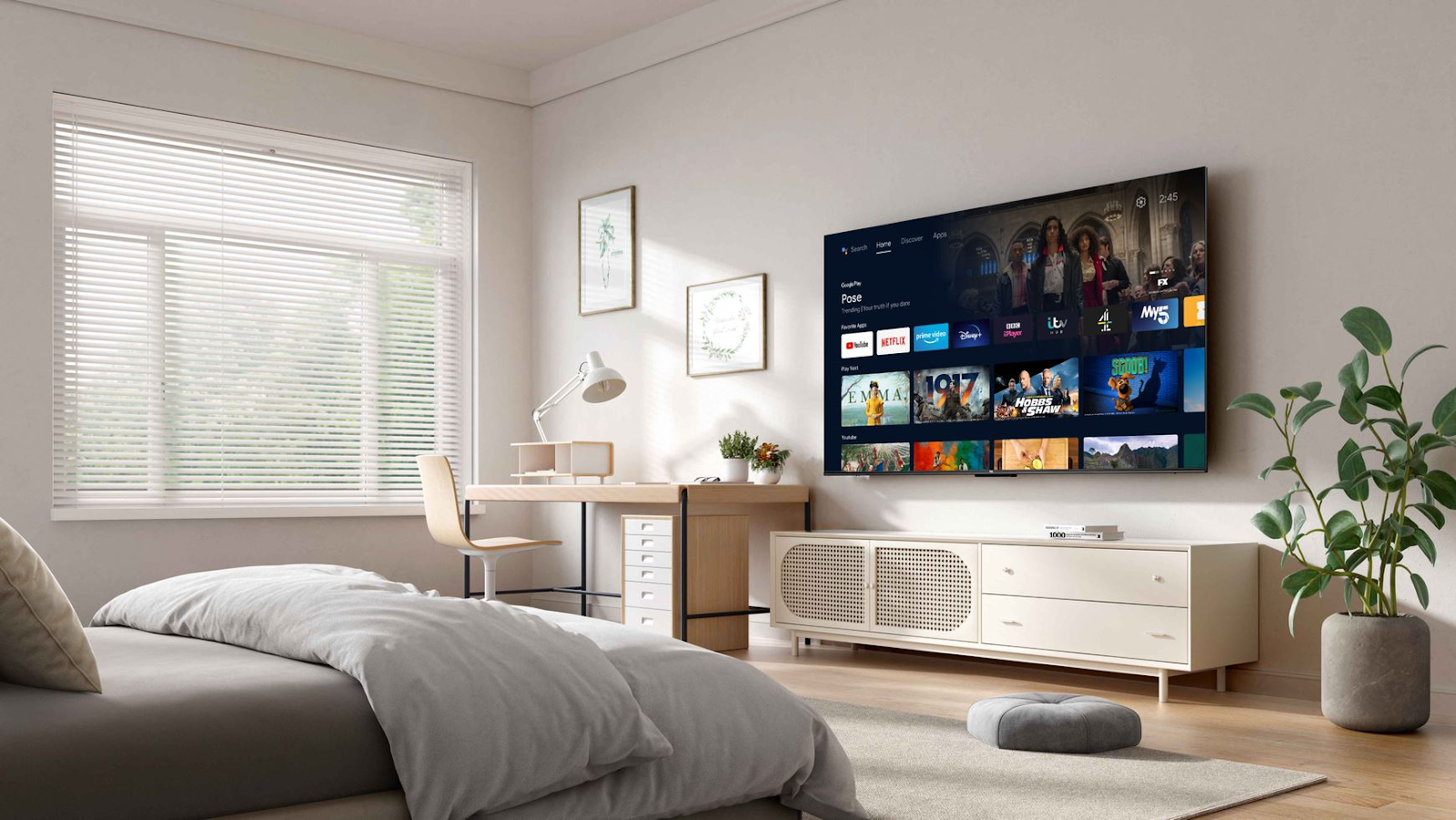 You want to get the best sound quality possible, right? You're not alone! Most of us like to hear our favourite movies and TV shows with great audio. But getting that kind of quality in your home can be difficult—and expensive.

Fortunately, TCL has solved this problem with their latest release, the P638K TVs. They've added Dolby Audio Surround technology to take your viewing experience up a notch (or two). 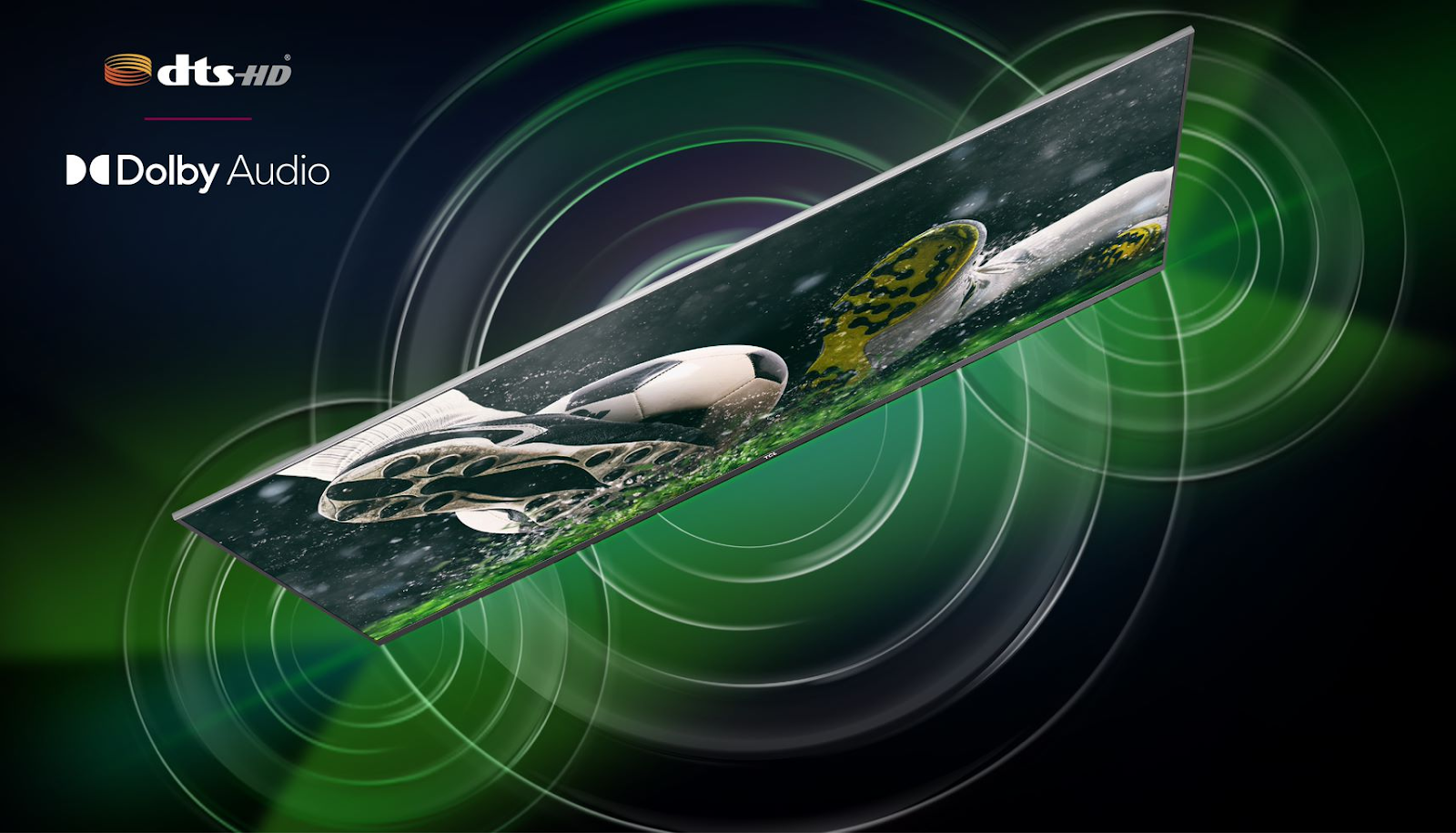 P638K comes with a built-in Amazon Alexa voice assistant, which means you can ask it to do all kinds of things, including search for shows, movies, and games. You can also use Alexa to turn on your TV (or off), adjust its volume, and launch apps. You can even ask it to play music or switch inputs—all via simple voice commands! 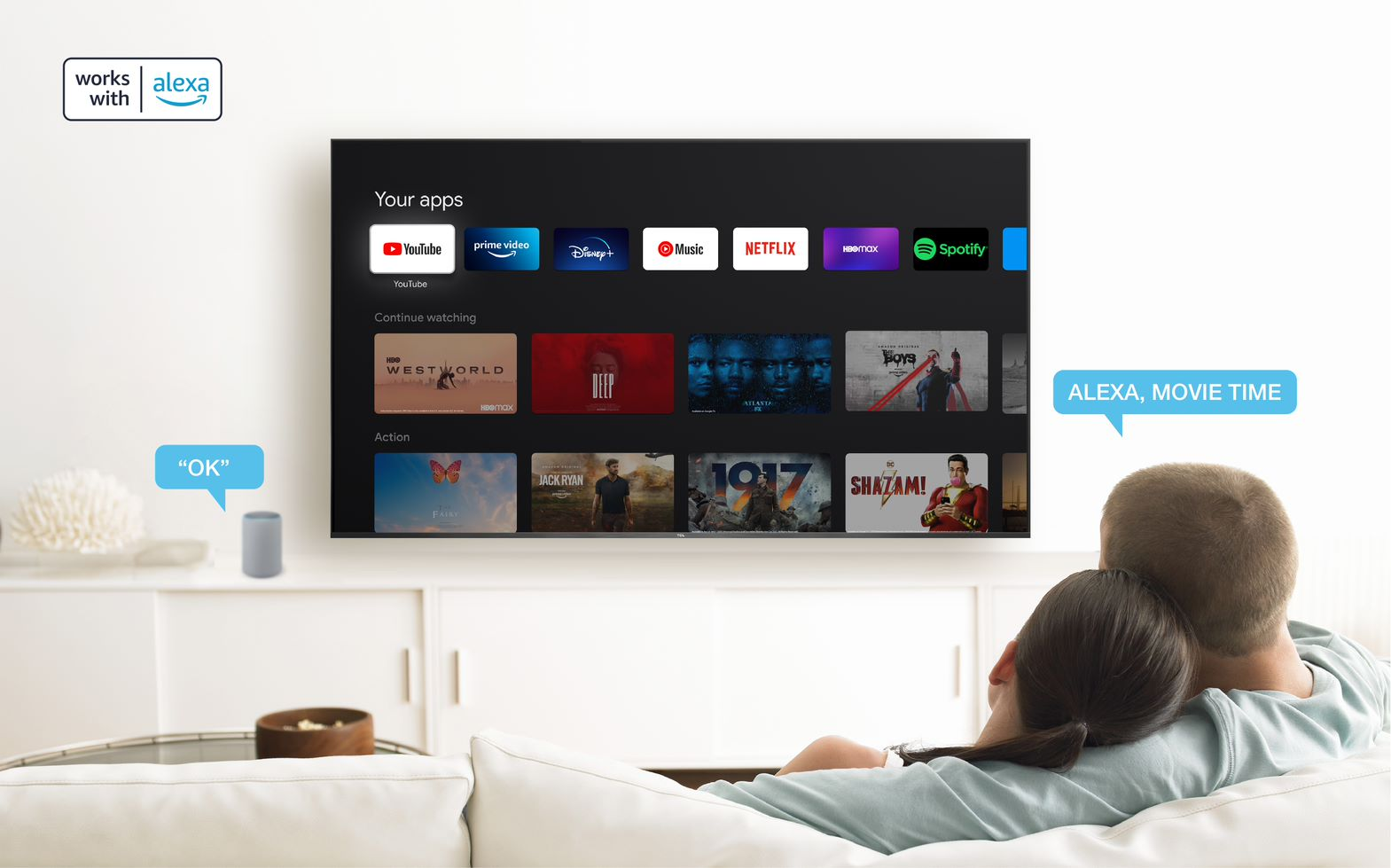 All of this makes for a pretty great experience when playing games or watching movies: instead of using clunky buttons on your remote control (or having one small screen in front of you), imagine being able to use just your voice! This makes interacting with your TV feel more like talking with an actual person than a piece of technology—and it's much easier than trying to find those tiny buttons hidden behind all sorts of other hardware crammed into today's televisions.

In addition to downloading apps from the TCL App Store, you can also download and install apps for your smart TV. Apps can be used on your smart TV as well as on other devices like smartphones and tablets. This can allow you to watch videos on multiple devices at once. 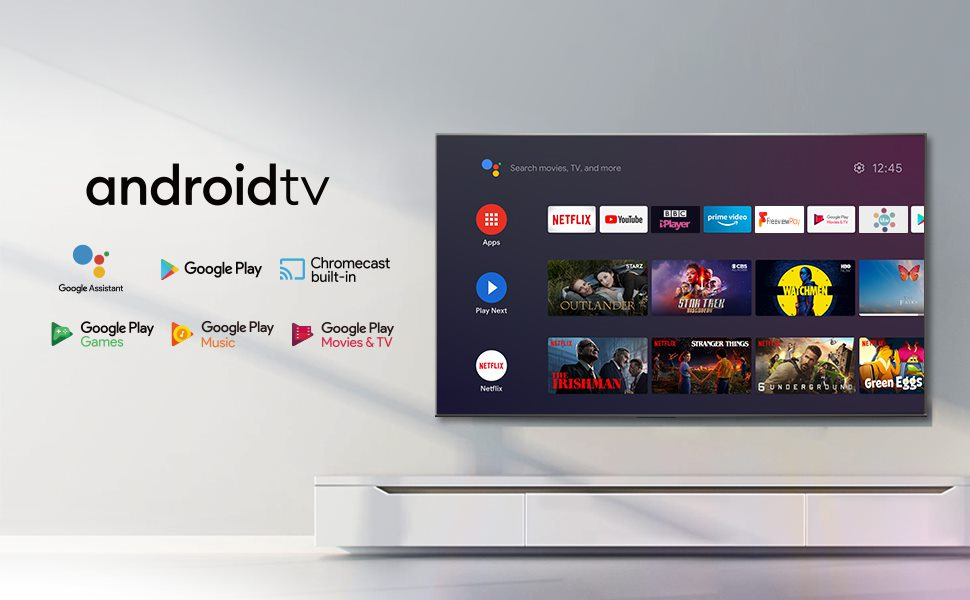 Bluetooth 5.0 is the latest version of Bluetooth, and it's officially called "Bluetooth LE" for "low energy." The biggest change in Bluetooth 5.0/LE is speed. It's up to 2 times faster than Bluetooth 4.2. This high throughput makes it ideal for connecting high-end devices like your smartphone or tablet with your TV.

The TCL P638K is a smart TV with the ability to display subtitles. Subtitles are displayed in a small window on the screen, or they can be displayed in a pop-up window that appears over whatever video you're watching. The TCL P638K supports multiple languages, including English and Japanese. You can select different sizes for your subtitles (ranging from 10pt to 24pt) as well as various positions for them on the screen (for example top left corner, middle of the screen).

The size of your TV can affect its viewing angle, so if you plan on having friends over often or want everyone to be able to see clearly from every seat, then opt for one of the larger models in this series! 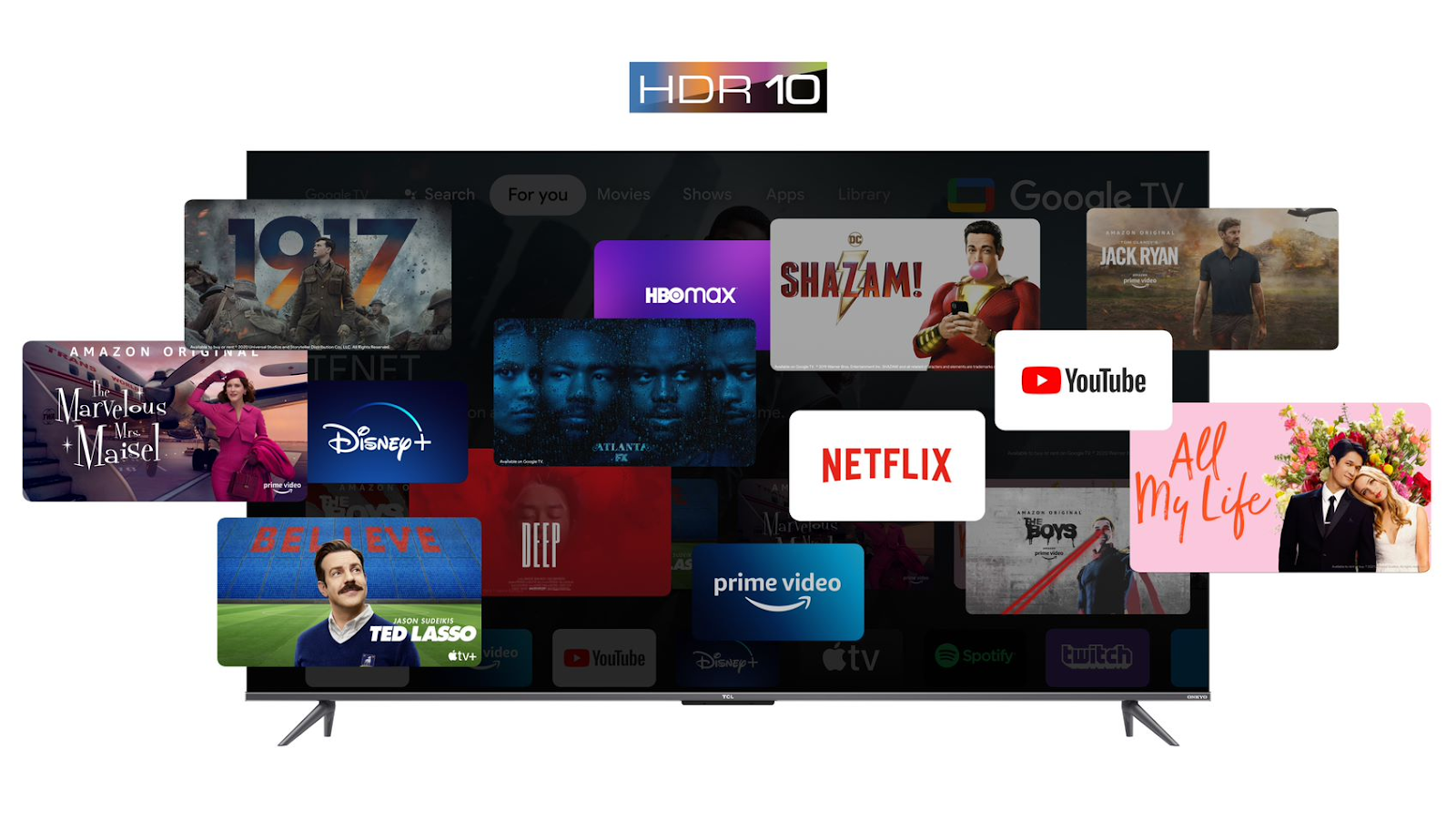 All-in-all, this TV is worth considering for your next big purchase. Now that you’ve read this blog post, we hope you have a better understanding of what makes the TCL P638K so great and why it could be the perfect TV for you. If you still have any questions or concerns about the TCL P638K, please feel free to reach out to us on Instagram at @TCL_UK!